Cheltenham’s latest event, the Big Screen in the Gardens, came to a close last week after what proved to be a hugely popular summer of free entertainment in Imperial Gardens.

Launched on the 23 July, the event entertained hundreds of people daily with screenings of films, music and sport – with the final screening playing to a busy Gardens on August bank holiday Monday. Over the last five weeks the screen has seen crowds of spectators enjoy a packed programme of events including more than twenty films ranging from family favourites such as The Greatest Showman and Toy Story to classic films including Grease and The Italian Job. Sporting highlights included daily coverage from this year’s Olympics and Paralympics along with live cricket – whilst music and theatrical performances came courtesy of the BBC Proms and Cheltenham’s very own Everyman Theatre.

The Big Screen in the Gardens, led by Marketing Cheltenham and Cheltenham Borough Council, formed part of the town’s economic recovery activity and the government’s Welcome Back Fund, which seeks to encourage residents and visitors back into our towns.

David Jackson, Manager of Marketing Cheltenham, said: “After all the challenges and cancelled events over the last year, it’s been fantastic to see so many people coming back into town and enjoying the kind of shared experiences that we’ve all missed so dearly. What’s been particularly pleasing is the number of families and young people that we’ve seen in the Gardens and the overwhelmingly positive feedback we’ve had from these audiences.”

With the event finished, Marketing Cheltenham are seeking additional feedback from businesses and the public on the event and are asking for any feedback to be sent to marketing@marketingcheltenham.co.uk. 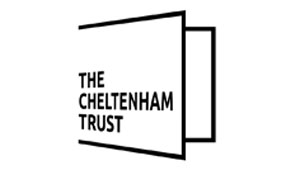